Although English Premier League giants Manchester United confirmed in a club statement that they had reached an agreement with Spanish La Liga giants Real Madrid for the transfer of French defender Raphael Varane some weeks ago, the transfer was delayed by a couple of factors and the unveiling of the player took some time to arrange as well. Varane had to wait until this Saturday just before the game against Leeds United to be unveiled at Old Trafford in front of the fans and even though a lot of fans were furious with the club for delaying the defender’s unveiling for weeks, they finally accepted that the manner in which the player was unveiled was really worthy of being waited for. 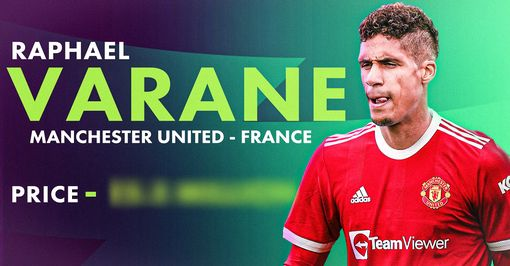 Before the game between Manchester United and Leeds kicked off, Varane walked onto the Old Trafford pitch in a black suit holding a United jersey in his hands with his name and the number 19 boldly written on the back. He was greeted by the 75,000 fans that were in attendance as they gave him a standing ovation and he walked off the pitch some minutes after so the match could be played.

The France international defender, who has several UEFA Champions League titles and a World Cup title to his name, has now resumed training with the Red Devils since Monday and is in contention to feature for United in the game against Southampton on Sunday. The Leeds game came too soon for him as he was not registered early enough and also didn’t train with his new colleagues up until Monday afternoon.

The transfer cost Manchester United £40 million and the fee will be paid to Madrid across a number of years according to the agreement between the two clubs.